The gala evening of the 27th Czech Lion Award

The Czech Film and Television Academy (CFTA) will award its annual prizes symbolized by the statuette of the Czech Lion for the 27th time. It will happen in Dvořák’s Hall of Rudolfinum at the ceremonial gala evening on Saturday 7th March 2020. Traditionally the Czech Television will broadcast the gala live at 8 p.m. on CT1 channel. The actor Václav Kopta will host the evening for the second time. The renowned director Marek Najbrt will be the creative supervisor and the proceedings of the gala evening will be directed by his not less experienced colleague Michael Čech. The scene will be created by Martin Chocholoušek. For the upcoming annual awards the Czech Lion has got a new visual style that refers to the traditional Czech blue and white design of crockery. The nominations for the Czech Film and Television Academy awards for the year of 2019 will be announced at the press conference on 15th January 2020.

“More than 300 respected film professionals will evaluate feature films, documentary features and animated films in fifteen creative categories and television art production in two categories,” mentions the managing director of CFTA Tereza Rychnovská and she further explains: “The presidium of the CFTA consisting of fifteen members awards annually a unique contribution to Czech film and it can also award an exceptional feat in the area of audio-visual arts.” We would like to add that the film which has got the most Czech Lions, a round dozen, was the feature film Masaryk directed by Julius Ševčík in 2016 and only one Lion less went three year before that to the film Burning Bush by Agnieszka Holland. The best actress among the academics is Aňa Geislerová with her five Czech Lions in total and among men it is by far Ivan Trojan with his six statuettes. The CFTA offers a selection of the successful films to watch at /www.ceskylev.cz/cz/filmy-online.

The host of the ceremonial gala evening Václav Kopta comments on his role: “Although we are about to step into the same river for the second time, we would like to do it in a different way so we will turn our back to the successful last year and we will try to enter the cage full of Czech Lions through a different door,” and he adds smiling: “I’m not looking for the key to this door by myself as I have an experienced team of lion tamers at hand. They are led by Marek Najbrt and I trust them and at the same time I hope they won’t let the Czech Lions have a feast of me. I remain a Koptimist!”

What is new about the 27th annual Czech Lions is the brand new visual style, which the Dynamo Design studio approached as a combination of the Czech Lions with the Czech blue and white “onion” crockery.  The relationship might be quite unexpected but still resonating with traditions. “The creation of the Czech Lion visual style has always been an honour and at the same time a pleasurable challenge. This year we went further back to our national roots and connected the Czech Lion with the Czech traditional “onion” design of crockery. We believe that this connection is quite surprising and it will be a significant refreshment of the communication of this year awards,” explains Jan Šlégr, senior graphic designer of the Dynamo Design studio. “Our concept of this year is based on what worked so well last year. Among the news I would like to mention the bold graphic visual style as its motifs will find their place during the ceremonial gala,” adds the creative supervisor of the Czech Lions Marek Najbrt. 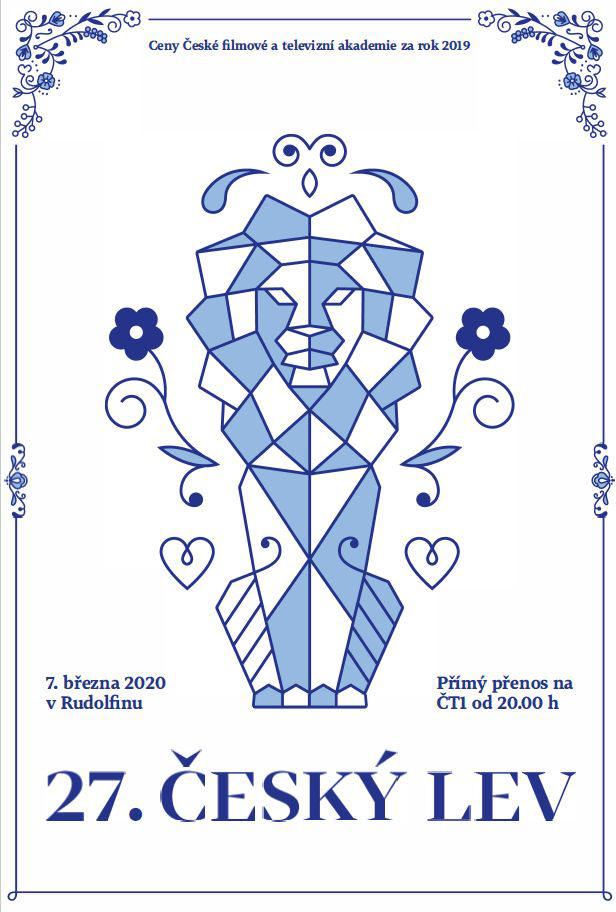